Demisexuality: What It Means And Things To Know

You might have seen a movie or a series where a character simply picks up a person they just saw and takes them back home. Unlike here, this immediate sexual attraction is not true for everyone. People who identify as demisexual feel sexually attracted to people only after they have built a strong emotional bond with them.

The concept of sexual identities is not new to us and as we progress toward a more inclusive world, we feel both the need and the responsibility to understand different sexual identities, and demisexuality is one of them. 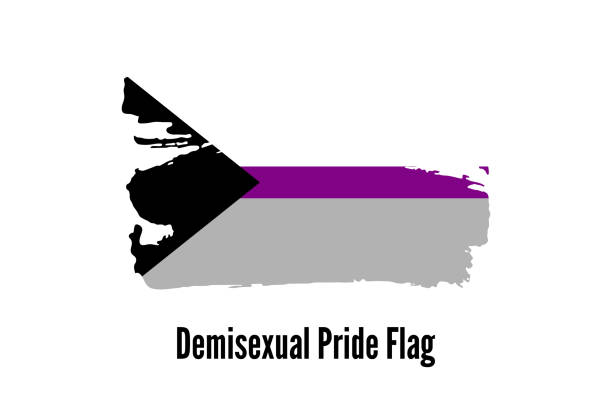 Sometimes people see a stranger and get attracted to them at the first sight. This is merely based on physical attraction as they do not know the stranger’s personality. Demisexual people do not feel such strong sexual attraction for someone they have just met. They need some time in which they get to know the likes of the person and find out if they can emotionally connect to them.

Demisexual people report that they only become sexually attracted to someone after they feel a strong bond with them. They prefer getting to know the other person first and only like to engage sexually after they feel a special and personal connection with them. The time taken by people to form a bond with that someone is variable and cannot be generalized. Also, demisexual people take as much time as they need to see if the person fulfils their emotional needs first.

However, like most sexual identities, it would be unjust to limit demisexuality to one definition. Sexual identities are fluid and only the person can tell how exactly they identify.

How Is Demisexuality Different From Other Identities

The definitions of different sexual and gender identities are sometimes overlapping and can be misleading. Generally, the confusion comes from the common transferability of these words. It is, therefore, necessary to note the similarities and differences between them.

Asexual people do not feel sexual attraction at all towards individuals of any gender. They have very low or no interest in engaging in sexual activity. Demisexuality is different in the way that demisexuals feel a sexual attraction albeit later. Sexual activity is important to them, but not only with physically attractive people.

People who identify as graysexual experience infrequent and less-intense sexual feelings. They only feel mild sexual attraction, that too not frequently. They can be understood as low-sex driven.  Demisexual people do not have infrequent sex drives altogether, they simply have sexual tendencies toward fewer people.

Sapiosexual individuals find intelligence sexually attractive and arousing. This is not the case with demisexuality. Whereas intelligence is the arousing factor in the former, emotional connection does the work for the latter. The only similarity between these is that both have a limited number of people they might find sexually attractive.

Pansexual individuals feel sexual attraction without the filter of gender and sex as determining factors. They do not feel sexually attracted to individuals based on their gender and are open to relationships with any and every gender. They discard the traditional binary approach to gender. Demisexual people can have a preference regarding gender.

Busting The Myths About Demisexuality

How To Know If You Are Demisexual

Knowing one’s identity can be challenging and confusing. Even after gathering information and resources, it is not an easy task. Sometimes the only way to understand yourself is to ask yourself how you feel. The first thing to keep in mind is that you are not alone. It is not unusual to want to have an emotional bond before having sex. Demisexuality means being sexually attracted to someone after you get to know them better.

These are merely the simpler facts about demisexuality and should not be used as the sole basis for identification.

Demisexuality or any other identity for that matter is simply a subject of personal choice and there is no right or wrong. You should not feel the need to explain your sexual choices and being content with yourself is the only healthy way to deal with the crisis. If you still struggle with finding your true identity and are finding it difficult to cope, you can always see a helping hand. In that case, a Online Psychologist can help in unbelievably surprising ways.

We need to understand what demisexuality is to reflect our own identity as well as be sensitive to others. Nowadays, even dating websites allow people to choose demisexuality as an identity so they can meet people with similar interests. Inclusivity is important so that people do not feel alone and can express themselves with greater freedom. Understanding identities has become essential to make the world a more accepting and safe space for all.

Seeking help is a sign of courage. Don't let self-limiting beliefs hold you back from a life you deserve. Avail online therapy to become happier and better. Learn how

Disclaimer: Please note that we are not a crisis intervention helpline. Should you have severe symptoms or have thought about harming yourself, please seek immediate medical help or call suicide prevention helplines such as
Aasra 24x7 Helpline: 91-22-27546669